MPI Foundation Canada and Freeman Audio Visual Canada partnered for a sixth year on our joint corporate social responsibility (CSR) initiative, the Events for Communities of Sustainability (ECOS) Project – a framework to support sustainability in communities based on the principles of People, Planet and Profit.

Having taken place between July 2014 and May 2015, all MPI Canadian Chapters participated with respective local Freeman branches. Although the impact of the project varied widely between chapters, overall the teams positively impacted approximately 3095 community members with volunteerism and generosity. 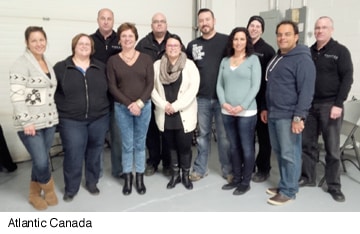 British Columbia Chapter
During the annual BC Education Conference (BCEC), attendees were given two opportunities to support the ECOS Project. A wine raffle resulted in $125 being raised for the BC Hospitality Foundation, and a food drive led to two boxes of food being delivered to the Greater Vancouver Food Bank Society.

Calgary Chapter
In support of Making Changes, an organization that empowers women to make meaningful contributions to the community through education and meaningful work opportunities, the ECOS team collected donations of gently-used clothing and volunteered at bingo games that raised money for the charity.

Manitoba Chapter
The team collected three boxes of toys for the Christmas Cheer Board. They also donated $500 and 9,924 grams of baby food to the Winnipeg Food Bank. 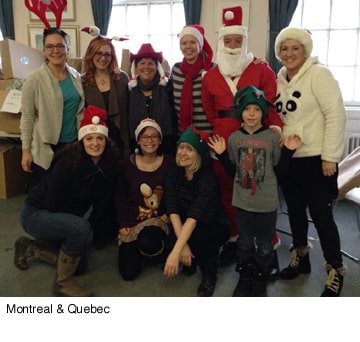 The ECOS team also encouraged members to help make National Meetings Industry Day and Convivium 2015 sustainable events and donated left over food from both meetings to community members in need.

Ottawa Chapter
As part of a fundraising dinner that follows the CSAE Tête-à-Tête Tradeshow, the ECOS team supports the Ottawa Network for Education’s School Breakfast Program. In addition to a financial contribution, members also assist the program by serving breakfast at schools across the city over the course of the year.

The Toronto team collected toys and cash for the Breakfast with Santa Foundation and the MPI Toronto Chapter Education Reserve Fund. Throughout the year, they also raised funds and dozens of books for the Children’s Book Bank. During the Toronto Education Conference, members collected stuffed animals and toys which were delivered to the Collingwood General and Marine Hospital. And lastly, the MPI Toronto Golf Tournament collected gently-used business clothing for the Yonge Street Mission. 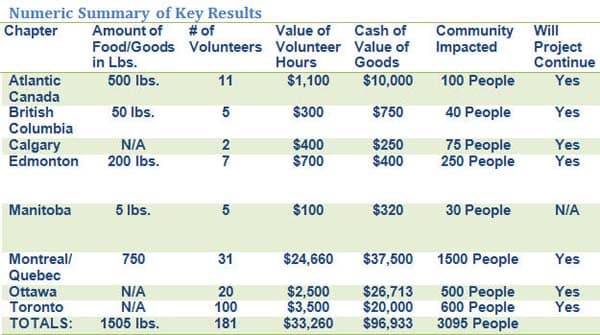 For a full version of this report, please contact the MPI Foundation .

Back to Blog
We use cookies on our website to give you the most relevant experience by remembering your preferences and repeat visits. By clicking “Accept”, you consent to the use of ALL the cookies.
Cookie settingsACCEPT
Manage consent

This website uses cookies to improve your experience while you navigate through the website. Out of these, the cookies that are categorized as necessary are stored on your browser as they are essential for the working of basic functionalities of the website. We also use third-party cookies that help us analyze and understand how you use this website. These cookies will be stored in your browser only with your consent. You also have the option to opt-out of these cookies. But opting out of some of these cookies may affect your browsing experience.
Necessary Always Enabled

Any cookies that may not be particularly necessary for the website to function and is used specifically to collect user personal data via analytics, ads, other embedded contents are termed as non-necessary cookies. It is mandatory to procure user consent prior to running these cookies on your website.